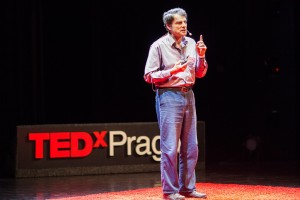 Brian A. Barsky is Professor of Computer Science and Vision Science, and Affiliate Professor of Optometry, at the University of California at Berkeley, USA. He is also a member of the Joint Graduate Group in Bioengineering, an interdisciplinary and inter-campus program, between UC Berkeley and UC San Francisco, and a Fellow of the American Academy of Optometry (F.A.A.O.).

Professor Barsky has co-authored technical articles in the broad areas of computer aided geometric design and modeling, interactive three-dimensional computer graphics, visualization in scientific computing, computer aided cornea modeling and visualization, medical imaging, and virtual environments for surgical simulation. He is also a co-author of the book An Introduction to Splines for Use in Computer Graphics and Geometric Modeling, co-editor of the book Making Them Move: Mechanics, Control, and Animation of Articulated Figures, and author of the book Computer Graphics and Geometric Modeling Using Beta-splines. Professor Barsky also held visiting positions in numerous universities of European and Asian countries.

He is also a speaker at many international meetings, an editor for technical journal and book series in computer graphics and geometric modelling, and a recipient of an IBM Faculty Development Award and a National Science Foundation Presidential Young Investigator Award.

Further information about Professor Barsky can be found at http://www.cs.berkeley.edu/~barsky/biog.html.